you are here: home > research > drug treatment for alcohol addiction 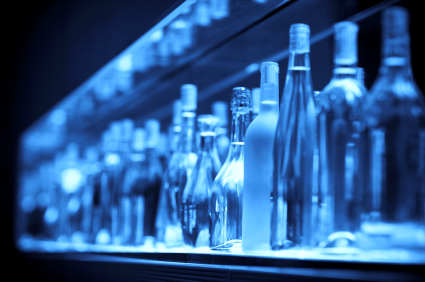 Alcohol dependence is a major public health concern in Ireland today. Data from Health Statistics- Key Data on Health 2002, a report performed by Eurostat, suggested that Ireland has the highest level of regular drinkers, with 51% of the population being regular drinkers compared with an EU average of 25%. On top of this it has recently been reported to an Oireachtas Committee that an estimated 5 % percent of the population are alcohol dependent, and 7% alcohol abusive.
Maintaining abstinence after alcohol detoxification can be a major challenge for doctor and patient alike. A number of pharmacotherapies are available for maintaining abstinence in alcohol dependence. The main medications used are disulfiram, acamprosate and naltrexone, which work in different ways to reduce relapse. A number of psychosocial interventions, such as alcoholics anonymous and individual counselling, are commonly used treatments, but in some cases maintenance medication can prove effective in maintaining abstinence.

This is an inhibitor of acetaldehyde dehydrogenase, an enzyme involved in the metabolism of ethanol. It acts as a deterrant to drinking, by causing distressing symptoms once alcohol is consumed. This reaction consists of flushing, tachycardia, sweating, headaches, nausea and dyspnoea, and occurs due to the accumulation of acetaldehyde. The reaction may last for several hours. Disulfiram also changes the expectations of the drinker about the consequences of drinking alcohol.
It is prescribed initially as a loading dose of 600-800mg, and is reduced over 5 days to a maintenance dose of 100-200mg per day. Patients should be off alcohol at least 24 hours prior to commencing, and it's use should be reviewed at 6 months. Side effects include drowsiness, nausea, halitosis, reduced libido, hepatic damage, and other rare side effects. Occasionally the reaction on consumption of alcohol can be severe, and the patient should be warned of this. Contraindications include:
(A)Cardiac failure, coronary artery disease, history of CVA, hypertension (Due to possible risk during a reaction)
(B)Psychosis, severe personality disorder, suicide risk (Due to risk of DSH)
(C)Pregnancy
It should be used with caution in hepatic and renal impairment, respiratory disease, diabetes and epilepsy, and LFTs should be monitored during treatment.
The efficacy of disulfiram remains questionable, and most evidence would suggest that it is most effective in a motivated patient with supervised administration by, for example, a family member. Administration by a family member improves adherence significantly, as the patient can't stop the medication as easily, to relapse drinking. It may also be useful for preventing impulsive drinking, and is best used as an adjunct to other psychosocial interventions. There is little evidence supporting the use of disulfiram implants which are inserted through incisions in the lower abdomen or upper arm, usually 3-4mm under the skin.
Acamprosate
This is a synthetic GABA analogue and is thought to work by reducing excitatory glutamate transmission and enhancing inhibitory GABA transmission. This is thought to have the effect of alleviating the physical and psychological discomfort (sweating, anxiety, sleep disturbance) present after alcohol, and may reduce craving.
The usual adult dose is 666mg TDS. It should be commenced as soon as possible after an alcohol withdrawal period, and continued in the event of relapse. It's use should be reviewed after 1 year. It has a favourable side-effect profile with diarrhoea, nausea, abdominal pain, pruritis, and some rarer side-effects. Contraindications include renal and severe hepatic impairment, and pregnancy.
The efficacy of acamprosate has been supported by several randomised controlled trials for increasing abstinence and reducing drinking days. However a recent U.S. multicentre trial where it went head to head with naltrexone, the COMBINE study, showed it to be no better than placebo. There are also few long-term studies. Overall the evidence would suggest that it likely has a minor positive effect, particularly among those who fear craving may lead to a lapse. Again it's use is usually as an adjunct to other psychosocial interventions, and adherence is an important factor. In it's favour are it's side-effect profile with little hepatotoxicity, and good tolerance with patients.

This is an opiate receptor antagonist, which modifies the effects of alcohol by reducing it's pleasurable effects, and reducing craving. Thus it reduces the risk of a lapse becoming a relapse, by blocking the high that may be experienced on consuming alcohol.
It is prescribed as 25mg for the initial dose, with a maintenance dose of 50mg daily. Side-effects include nausea, abdominal pain, anxiety, poor sleep, headache, arthralgias, hepatic damage and other rarer side-effects. Contraindications include hepatic damage, pregnancy, and current dependence on opioids due to it causing an opioid withdrawal. If there is any question of opioids being used over the previous 7-10 days, a narcan (naloxone) challenge should be performed first. It should be used with caution if renal impaiment is present, and LFTs should be monitored throughout treatment.
The COMBINE study showed naltrexone to be better than placebo over 4 months, and showed it to be superior to acamprosate. Overall, however, the evidence would suggest a minor positive effect, similar to acamprosate. It may be particularly useful in preventing a lapse becoming a relapse. Evidence for longer-term usefulness is also lacking, and adherence again is a key factor in success.
Future Research
Longer term trials, carried out over a number of years, comparing the different pharmacotherapies, are what is really needed to assess the use of these medications for maintenance therapy. Also there is growing evidence that combinations of these medications may be more effective than either alone. For example some trials have shown better outcomes with combinations of acamprosate and naltrexone. There are also a number of newer maintenance medications currently being researched, such as topiramate (otherwise used as an anticonvulsant), which require further investigation.

Maintenance pharmacotherapy in alcohol dependence can be a useful adjunct to other psychosocial interventions. Supervised disulfiram may be an effective component of relapse prevention strategies. Current evidence for naltrexone and acamprosate indicate a minor positive effect, and further research is needed to clarify their effectiveness. It is best if these medications are initiated by a specialist, with subsequent management by a specialist or general practitioner. They are particularly useful in the motivated patient where a family member can be present to administer the medication, and adherence is always a key factor in their success.