treatment of addictions related to internet use (gaming, gambling) 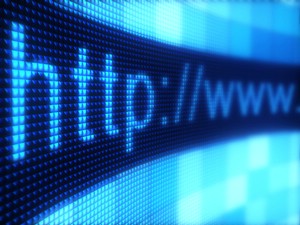 Process addictions and the Internet Addictions without use of a substance are referred to as process or behavioural addictions. Suggested process addictions are exercise, sex, gambling, eating, shopping and internet use. Some of these suggested addictions are controversial, not least because it is difficult to define the cut off between normality and addiction. The inclusion of Gambling Disorder in the most recent edition of the American Psychiatric Association's classificatory system, DSM V was the first time a process addiction has been recognised as an addiction, sharing the same clinical and neurobiological features as substance addiction. Population genetic and neuroimaging studies combined with psychology data outlining cognitive distortions and biases have demonstrated the validity of Gambling Disorder as a process addiction.

Internet usage has increased dramatically across the world in recent years. Maladaptive internet usage has also gained increasing attention with the term 'Internet addiction' becoming more common. A specific subset of maladaptive Internet usage gaining more attention is Internet Gaming Disorder, where the usage of the Internet for 'video gaming' purposes is the sole focus. Other suggested maladaptive internet usage is in the area of sexual addiction where dating sites and webcam usage are the focus. Similarly, Gambling Disorder is increasingly based around the Internet, where patients may rarely, if ever visit a traditional bookmaker.

Internet gaming Internet gaming is big business globally and stands out in some countries; China's industry was worth 12 billion dollars in 2013. Estimates from South Korea indicate that 50% of teenagers have a gaming addiction with 24% of children diagnosed with Internet Gaming Disorder admitted to Hospital. Japan has 'fasting camps', which are essentially detox facilities where participants have no access to any form of technology. Reports from these countries suggest that the high level of PC access combined with quality, fast internet access and penetration has led to increased rates of problems. As with other addictive states, availability is a key driver of end harm.

The internet has enabled players to interact with thousands of others in real-time (Massively Multiplayer Online games, MMOs). Competition is the key attraction of first person shooter MMO games. In real time, players can collaborate with others to build teams or develop their own strategies to improve status, achieve game goals and be social (albeit in a virtual way). Challenging others, domination and admiration from other gamers present some of the reinforcing and potentially addictive qualities of the games. Studies indicate that the virtual socialisation in Massively Multiplayer Online Role Playing games (MMORPGs) is regarded by regular gamers as a key enjoyment factor which includes chatting, making friends and group formation. Just as slot machines are designed to stimulate gamblers senses, MMORPGs are designed to appeal to all ages male and female - the game mechanics and level of escapism provided can appeal to all. As with slot machines, MMORPGs reward gamers on a partial reinforcement schedule leading to continuation of play.

The exact prevalences of this problem in Ireland have not been clarified as of yet, however reports from schools in particular are alarming. In some cases, children are being introduced to internet-connected technologies as soon as they can speak. The peer pressure to obtain devices and engage in MMO games can be considerable and parents are generally ill informed of the potentially harmful effects of excessive gaming.

Psychiatry is making increasing use of neuroscience rather than phenomenology and clinical presentation in the classification of mental disorders. Advances in neuroimaging and genetic technologies have made the task of classifying mental disorder more accessible. Neuroimaging studies of online gaming addiction have demonstrated dopamine dysfunction in brain areas associated with addiction similar to that of other addictions. Dopamine Transporter expression has been demonstrated to be altered similar to that in cocaine and other substance addictions. Essentially however, there was not enough evidence available in the case of Internet gaming a to clearly demonstrate the biological basis of addiction but enough for it to gain mention in the "conditions for further study" of DSM V.

The much-awaited DSM 5 from The American Psychiatric Association included Internet Gaming Disorder within a section "conditions for further study". The proposed criteria are as follows:

Persistent and recurrent use of the internet to engage in games, often with other players, leading to a clinically significant impairment or distress as indicated by five (or more) of the following in a 12-month period: (1) Preoccupation with Internet games - the individual thinks about previous gaming activity or anticipates playing the next game; Internet gaming becomes the dominant activity in daily life. (2) Withdrawal symptoms when Internet gaming is taken away - these symptoms are typically described as irritability, anxiety, or sadness, but there are no physical signs of pharmacological withdrawal. (3) Tolerance - the need to spend increasing amounts of time engaged in internet games. (4) Unsuccessful attempts to control or limit game participation. (5) Loss of interest in previous hobbies and entertainment as a result of, and with the exception of internet games. (6) Continued excessive use of internet games despite knowledge of the problem. (7) Deceiving family members and/or therapists. (8) Use of online games to escape negative mood. (9) Has jeopardized or lost a relationship, job, or educational opportunity. Despite its name, the new diagnosis can apply to non-Web-based games as well.

Treatments for process addictions including Internet Gaming Disorder, although not clearly defined yet, will be best approached from a biopsychosocial perspective. There are dedicated treatment programmes for gaming addiction in Europe, US and Asian countries. These Centres include the following treatments: 1) Biological: an initial detoxification period may be required with or without the use of sedative medication. Detoxification from process addictions essentially entails time away from the unhealthy behaviour. In the inpatient setting, mutual agreements are formed around the use of devices. Process addictions present more often with other addictions and therefore a thorough assessment of other presenting addictions and psychiatric disorder is warranted. There is no current evidence base for medications in Internet Gaming Disorder, however since Naltrexone has shown some promise in Gambling Disorder it is likely we will see trials of its utility in Internet Gaming Disorder. 2) Psychological: Evidence based addiction treatments, Cognitive Behavioural Therapy, Motivational Interviewing and Twelve Step Facilitation are also likely to play a role. Trials will need to indicate whether group and/or individual therapy is most effective. Psychological therapies will need to be tailored to the patient's age. 3) Social: Networks of mutual support groups have proven effective in the treatment of substance addiction (Alcoholics Anonymous, Narcotics Anonymous, Lifering) and process addictions (Gamblers Anonymous). We will likely see the proliferation of Internet Gaming Disorder mutual support groups for both patient and carer as technology advances even more and Internet penetration increases.

Conclusions Where there is an absence of the use of a substance, there will always be a debate about the very existence of addiction in these cases. However, clinical practice in addiction here in Ireland and abroad indicates that online gaming presents a significant problem in addiction for some. The 'some', as with other addictions will probably be approximately 10-20% of the overall number engaging in the process. The prevalence and popularity of online gaming in young persons in Ireland suggests that the numbers looking for assistance with addiction will not be insignificant.

Advances in neuroscience, particularly genetics and neuroimaging have allowed psychiatrists to demonstrate beyond any doubt that Gambling Disorder is in fact an addiction, just like substance addiction, sharing the same neurochemical correlates of addiction. Although Internet Gaming Disorder as of yet is not an officially recognised medical disorder, clinical experience would suggest that it will be. There is a similarity in the addictiveness of gaming and forms of gambling where the mechanics and appeal of both rely on a partial reinforcement schedule.

Statistics are clear that our use of smartphones and internet use is rising all the time in Ireland and elsewhere. Some predict that personal devices including smartphones will revolutionise medicine with their abilities to detect all kinds of behaviours and physiological states. The ability for example of current smartphone apps to detect changes in voice tone and sleep patterns is notable. Physicians in some jurisdictions are already prescribing smartphone apps to patients rather than medication in order to achieve clinical outcomes. With all the potential for medicine as technology advances, online games are also becoming more sophisticated, allowing gamers to live in an alternate world where socialisation and reinforcement is high allowing users to escape from reality.

As with gambling, the research evidence to date suggests that that Internet gaming is addictive and that we are all ultimately vulnerable to becoming addicted. Many genetic and environmental factors will determine our relative risk. Inevitably at some point, the debate will ensue around regulation of internet gaming. In the interim, the inclusion of Internet Gaming Disorder in DSM V as a condition for further study should be enough for us to advise parents to remove or limit young children's' use of devices. For older children who are already using MMO games, parents should be advised to again limit usage and to be vigilant for the development of the features of Internet Gaming Disorder as outlined above.