you are here: home > private treatment > prescription and over the counter pill abuse

Prescription and over the counter pill abuse 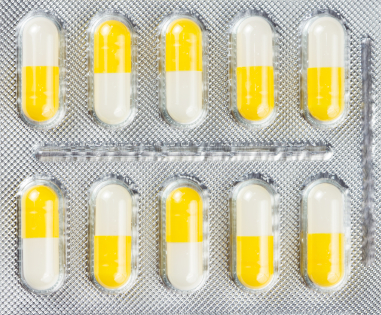 Addiction services within the Irish psychiatric system have traditionally been dominated by presentations of illicit substance abuse. An increasing number of newspaper articles in Ireland however have highlighted the rising problem of codeine abuse and addiction. In our specialist addiction services for illicit and over the counter medication abuse we have certainly witnessed a substantial increase in presentations for codeine addiction. The problem is a global one. In 2007, the International Narcotics Board (INB) noted that

"The abuse and trafficking of prescription drugs is set to exceed illicit drug abuse". The INB also reported that over the counter preparations or prescription drugs were a drug of choice for many individuals and not abused as a substitute. In the US, prescription medicines are ranked as the second most misused class of drug after cannabis. The full

The vast majority of people will take codeine OTC or as prescribed for a limited period. Current recommendations in Ireland and the U.K. suggest that the drug should not be taken for more than 3 days. A minority however will take codeine in increasing amounts and as tolerance develops, become addicted. Addicted patients use repeat prescriptions or the internet to feed an addiction of up to 1000mg of codeine per day. Another group of patient take codeine purely for the purposes of "recreation" – ingesting hundreds of milligrams of codeine in a binge. Consistent with other drugs of abuse, it is probably only 10% of this group that go on to exhibit features of dependence with the 90% moving on from the behaviour.

Codeine addicts, like most addicts are secretive and will aim to keep the habit secretive for as long as possible. Although codeine is considered a weak opioid, when taken in huge amounts its intoxicating effect is far from benign. We are referred professionals who have been ataxic, confused and uncoordinated in the workplace or end up in accident and emergency following overdose.  Similarly codeine addiction has a major impact on the family - the emotional and financial pain of the spouse and children affected by codeine addiction is no less than that of alcohol, heroin or any other addiction. The features of codeine addiction according to DSM IV are as follows:

What are the symptoms to be aware of when patients present at primary care level?

Specialist inpatient detoxification programmes usually offer a choice of options as patients requests will vary considerably around detoxifcation. The options are as follows:

1) No intervention – Some patients will request no intervention at all. Often these patients are under time constraints and view "cold turkey" as the most time efficient option.

2) Sedatives – Benzodiazepines and sedative antipsychotic medication have long been used for detoxification from opioids. Both alleviate glutamate and adrenaline mediated overactivity of the central and peripheral nervous systems.

3) Lofexidine (Britoflex) – is and alpha adrenergic agonist which alleviates the noradrenergic surge associated with withdrawal.

4) Buprenorphine (Subutex) – A partial mu-opioid agonist, has proven benefit in withdrawal, alleviating the acute symptoms. Not widely available yet in Ireland and cost within Ireland is potentially a problem. We commence patients who choose this option on 4mg per day, increasing to up to 16mg a day, then reducing over 5 days.

Most inpatient rehabilitation treatment programmes for codeine addiction last between 1 and 3 months and provide intensive therapy in groups and with individual therapists. When patients present to our service they will often have little previous input from counsellors and need to learn the basics of interacting in therapeutic groups or with individual counsellors. Cognitive behavioural therapy provided on a 1:1 basis with the patient or in a small group aims to challenge the negative self defeating thoughts that maintain the addiction. In the case of codeine addiction such thoughts might be "I cannot cope with this pain without codeine". Therapists would help patients to replace this thought with more helpful thoughts e.g. "I will cope with this pain by becoming more active and managing my stress better".

For patients continuously failing to maintain abstinence, substitution with an alternative opioid is from a harm minimisation perspective, a sensible option. The other components of OTC codeine products, paracetamol or NSAIDs in large doses are dangerously toxic to the liver and small bowel. Methadone or Buprenorphine are accepted options and there is some evidence that Dihydrocodeine substitution can also be useful.