you are here: home > what's new? > news > technology addiction rehab in the us

Technology addiction rehab in the US 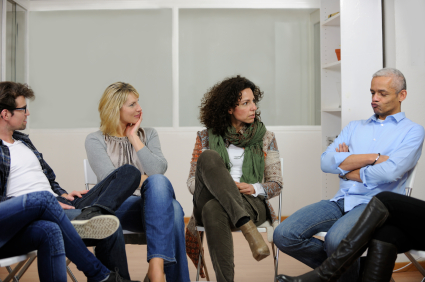 At a cabin in the Washington state woods, the reSTART center helps residents withdraw from technology that has consumed their lives

By the time Marshall Carpenter's father broke down the barricaded door of his son's apartment and physically ripped him away from his electronic devices, the 25-year-old was in a bad way. He could not bear to live a life that didn't involve hours upon hours of uninterrupted screen time.

"I was playing video games 14 or 15 hours a day, I had Netflix on a loop in the background, and any time there was the tiniest break in any of that, I would be playing a game on my phone or sending lonely texts to ex-girlfriends," Carpenter says.

We are sitting in a small, plain apartment in a nondescript condo complex in Redmond, Washington, on the outskirts of Seattle. Marshall shares the apartment with other men in their 20s, all of whom have recently emerged from a unique internet addiction rehab program called reSTART Life.

"I was basically living on Dr Pepper, which is packed with caffeine and sugar. I would get weak from not eating but I would only notice it when I got so shaky I stopped being able to think and play well," he adds. By then, he'd already had to drop out of university in Michigan and had lost his sports scholarship.